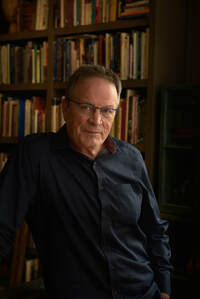 Photo by Dana Aaberg
﻿Clyde Aspevig's personal and artistic horizons have unfolded expansively since his childhood on a Montana farm near the Canadian border. That period of geographical and cultural isolation was in retrospect a blessing for the artist he recalls. "Because I grew up in a vacuum in Montana, I wasn't taught the cliches."

He sees such naivete as allowing him to be more open to everything around him, which is especially evident in his latest works. His peripatetic field easel now ranges across the wild mountains and prairies of Montana, Death Valley, Adirondacks, rocky North Atlantic coast, Scandinavian fjords and the well-tended hillside estates of Tuscany. ﻿Growing up, he witnessed the alternatingly painful and joyful cycles of agricultural life. He was unusually fortunate to be encouraged by his family in the pursuits of art and appreciation of music. Clyde learned early on to work hard and persevere against obstacles natural and manmade. Rather than scoffing at or demeaning Clyde's interests, Clyde's father, the practical but open-minded farmer, bought his twelve-year-old son's first painting.

He considers his paintings as old friends and visual souvenirs of places experienced in his life. The viewer, too, shares in Clyde's magical evocations of the landscapes that touched him. 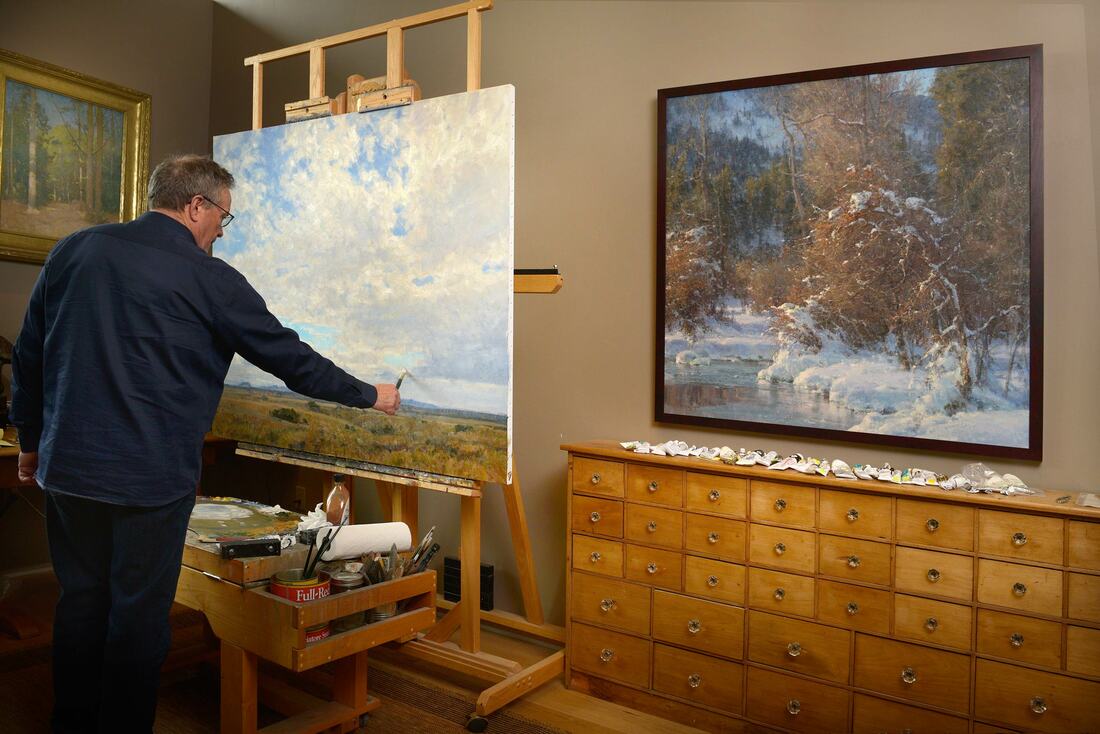 Photo by Dana Aaberg
While his early efforts attracted awards and critical praise from the regional or "Western" sector of the art community, Clyde's work has since emerged to be highly sought after by world class collectors. In a culture notorious for nourishing illustration of stereotypical, iconic subject matter, Clyde fearlessly departed whenever he felt the call, and resisted early attempts by Western art dealers to label him and restrict him to the saleable panoramic scenics.

His paintings of the West are not theatrical sets intended to reinforce regional mythology, but rather evocations of places that he perceives as already disappearing during his own lifetime, subjects worthy of both artistic and societal preservation.

The paintings reflect Clyde's intense days of absorbing his natural surroundings, days which shaped a philosophy: "I see nature as being so much more powerful than we realize." He sees the true value of preserving the last islands of wilderness, agreeing with the late writer Wallace Stegner that just the fact of knowing it is out there is important to the human spirit. 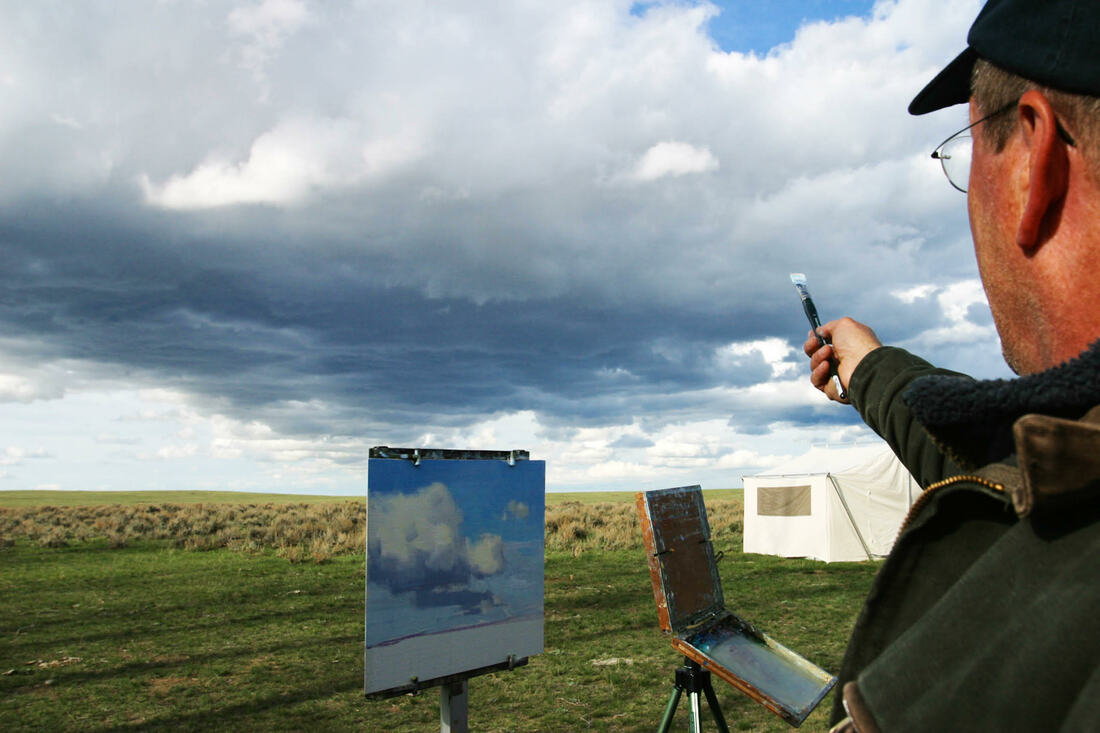 Photo by Gib Myers
To Clyde Aspevig, painting expresses human emotion better than any other medium. The divine nature of light reveals to the receptive eye the timeless interaction of land forms and sky, water, flora, soil and rock. If he has any "mission" beyond the canvas in his creative endeavors, it is simply a wish to call attention to the timeless, intrinsic worth of our natural environment.

The image resolves from a deliberative yet intuitive process of the artist, seeing. Nature, undistorted by the filters of acculturation.

Clyde's intent is to create something beautiful and harmonic. While subject matter is of prime consideration, further contemplation of the painting eventually yields its subtle nuances of texture and rhythm. His paintings possess qualities meant to outlast the viewer's initial infatuation, qualities that will endure well into succeeding generations.

Each painting is a struggle and a journey for the artist, the destination a prolonged feast of discovery for the viewer. While his mastery of the medium is apparent, the desire of the artist is that technique shall never override the painting's essential concept.

His own physical and spiritual connection with the subject's place and time emerges on the canvas, a transformation intended to be savored as long as the work exists. As far as Clyde is concerned, some of the most powerful representations he developed were those that left something out. That the viewer notices a sense of space, rhythm and harmony is no accident. 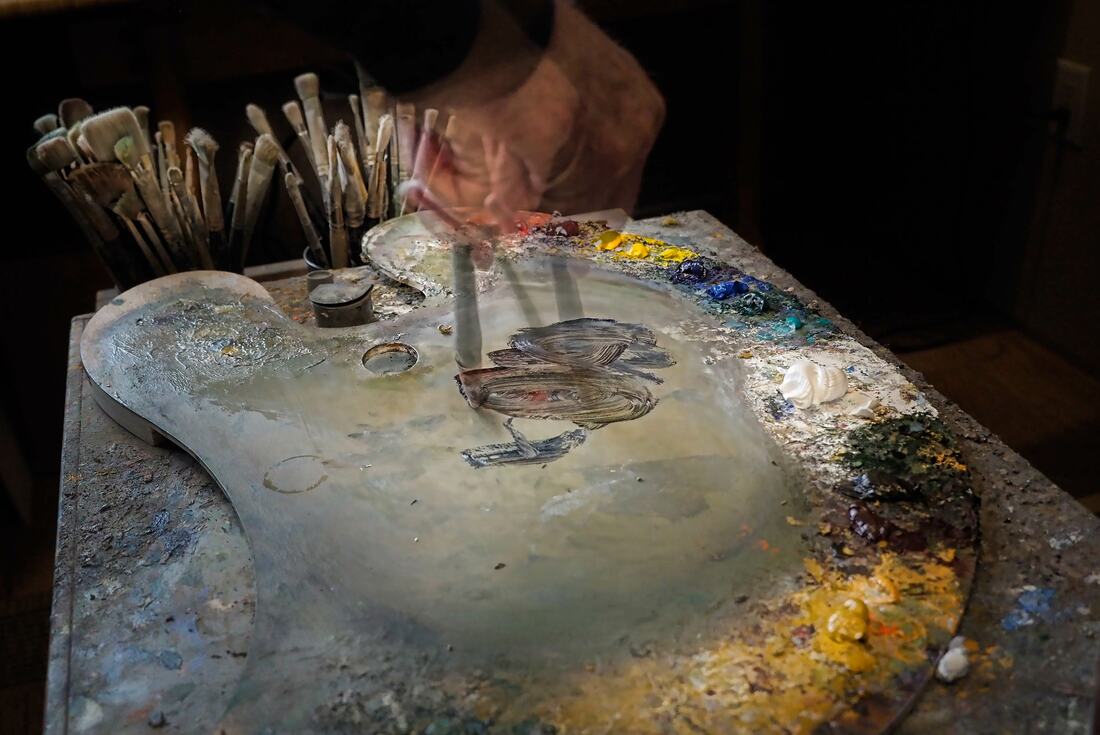 Photo by Dana Aaberg
All the while, there is the composer, with brush and palette knife, conducting, refining, coaxing, interpreting his own score. As he explains, “I use music all the time in my paintings.” The discerning viewer sees and feels the brushstrokes corresponding to musical notes and movements -- legatos broad and delicate, an adagio of cured prairie grasses, a swirling vivace of light and clouds over the marcato of mountain granite. Clyde's music touches the eyes with distinct rhythmic textures, letting the canvas reflect how earth and sky are interwoven. The result is the artist’s ethereal yet tactile manifestation of natural forces: “Paintings become symbols of all that we are.”

Clyde Aspevig is acutely conscious of the forces constantly at work sculpting the earth; erosion from rain and melting snow, wind, extremes of heat and cold. While the evidence so far suggests that the earth has endured millennia of human folly, he is aware of the fragility of life and how industrialized civilization has so rapidly altered entire mountains and rivers and displaced ancient buffalo ranges and forests.

And yet the artist moves on, seeing, feeling, preserving on canvas what is best that remains of the New World, while absorbing excellence from masters of the Old World. If we, too, allow ourselves to look carefully, we may all become a little richer. 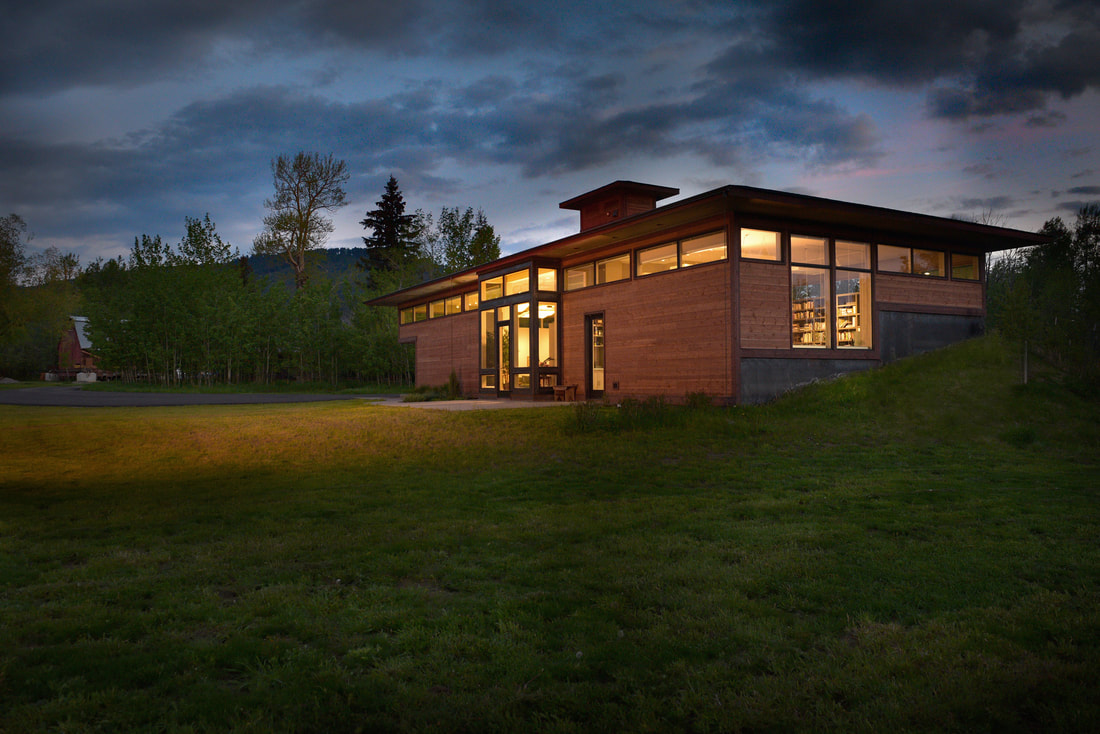 His wife, Carol Guzman, is also a celebrated artist. CarolGuzman.com